Daenerys Targaryen is one of the most popular characters in the hit A Song of Ice and Fire series by George RR Martin. Following the success of the HBO series Game of Thrones, fans of the show are always looking for new stories about her.

She has a fascinating backstory and there are plenty of fanfiction stories out there that explore different aspects of her character.

What is Daenerys Targaryen Fanfiction?

Fanfiction is fiction written by fans about the characters they love. Daenerys Targaryen fanfiction stories are stories that “fill in” the blanks of her story – either by adding new elements to it or exploring possible outcomes of different events in her life.

Some stories’ authors try and comply with canon whereas others like to write what-ifs and explore alternate universes that shift or change some aspect of Daenerys’ character and alter the original story.

If you’re a fan of Game of Thrones and its TV adaptation, then some Daenerys Targaryen fanfictions may be up your street! If you have an interest in reading more about this character, some fanfiction may help to satisfy that itch.

With such an interesting character arc; from becoming Khaleesi following a forced marriage to Khal Drogo through to becoming the breaker of chains and ultimately burning Kings Landing.

There are so many stories that can be read that explore Daenerys in more detail or imagine what else could have happened that was not covered in canon.

What to Expect from Daenerys Targaryen Fanfiction?

Daenerys Targaryen fanfiction is a form of creative writing so the quality of different stories may vary. Some are extremely well written whereas others are quite basic and poorly executed and we will be looking at the former.

What you can expect are stories that explore new ideas and new aspects of Daenerys character. There are stories that imagine how she would have grown up in different circumstances or what her life may have been like if things had happened differently.

As with any form of entertainment, it is good to be open-minded when reading fanfiction and not take it too seriously. It is just for fun.

Here is a list of the 10 Best Daenerys Targaryen fanfiction stories. They’re all long and worth reading, so buckle up – Winter is Coming!

1. Sunrise on the Jade Sea

Story: The Sunrise on the Jade Sea Fanfiction is a captivating read that takes you on an exciting journey across the seas.

Join Daenerys Targaryen as she makes a new life for herself in Essos as she takes Jorah up on his offer to help her run away instead of trying to take the Iron Throne.

This book is perfect for fans of canon divergence stories and is sure to keep you entertained from start to finish. So why not give it a try today?

Story: If you’re a fan of Daenerys Targaryen and her story, then you’ll love this fanfiction novel!

This time, it’s Jorah Mormont who takes center stage as a Queensguard to Daenerys Targaryen. With war won, can he finally find peace – or will old feelings and secrets get in the way?

Gripping, romantic, and full of surprises, this fanfiction is not to be missed!

3. The Queen that was Promised

Story: You know the story. You’ve heard it all before. The great, wise, benevolent queen who comes to save the day and restore order to a chaotic world.

Daenerys Targaryen was supposed to be that queen. But then she went and screwed everything up. Fortunately, there’s this fanfiction that sets out to fix her mistakes.

With new twists and turns, this story will re-write history and give us the Queen that we all deserve. So come on over and join the ride!

Story: This fanfiction tells the story of Tyrion Lannister and Daenerys Targaryen, two characters who have captured the hearts of many.

Join Tyrion as he realizes his feelings for Dany and watch as their relationship unfolds in a way you never could have imagined.

With The Key, you’ll be able to experience the magic of Game of Thrones like never before.

Story: Northern Conqueror is the fanfic you never knew you needed.

What if Sansa Stark had been sent to the Wall to keep her away from little finger? And what if Daenerys Targaryen finally makes it to Westeros to find her brother’s secret son claiming for the throne?

With its pages full of betrayal, intrigue, and heart-wrenching twists, Northern Conqueror is sure to keep you turning the pages.

Story: Winter is coming, but this isn’t the story you’re expecting.

Daenerys Targaryen is on a journey to conquer the world and reclaim her life in this Daenerys fanfic with a dash of lemon. Injured in battle, she wakes up to find that she’s lost twelve years of memories.

With no idea who she is or what she wants, she must struggle to find her way back to the truth. But is any of it even real?

Story: This Daenerys Targaryen fanfiction takes you on a wild ride with Dany as she explores what life is like outside the Red Keep.

With no one knowing her identity, she gets to experience everything first-hand, from the high life of luxury to the harsh realities of poverty.

Explore the world of Game of Thrones with a little more depth, Just Dany is a brilliant read!

Story: “A Terrible Resolve” is the perfect fix for the very disappointing season 8.

Jon Snow heads south to fight for Daenerys Targaryen’s claim to the Iron Throne and with threats from Cersei and Euron, Jon must become a Dragonlord in order to save Dany and take back what is rightfully theirs.

Prepare yourself for an exciting journey full of twists and turns!

Story: This canon-compliant Game of Thrones Daenerys fanfiction takes place between scenes in Season 7, adding more depth and intrigue to their interactions.

Join Jon and Dany as they explore their forbidden desires, in a story that’s packed with angst, passion, and temptation. From the moment they meet, there’s no denying the chemistry between them – and things only heat up from there.

So, if you’re looking for a great read that’ll keep you on the edge of your seat, then Nothing Burns Like the Cold is just what you need.

Story: A Time for Wolves is an alternate universe Daenerys Targaryen fanfiction novel set before she is wed to Khal Drogo.

In this story, Dany is abducted by Jorah Mormont before escaping North to find Winterfell and its wolves. Dany, Jon, and Robb become the best of friends, but when the lions and stags arrive, nothing is ever the same again.

The seven kingdoms are thrown into chaos as an enemy that never sleeps rises in the far north.

If you’re a Game of Thrones fan who’s looking for more stories about the Mother of Dragons, these Daenerys Targaryen fanfiction books are perfect.

From A Terrible Resolve to Nothing Burns Like the Cold and all points in between, there is something on this list that will appeal to your reading tastes.

So, if you want some (or many) new things to read, then check out one or more of these 10 Best Daenerys Targaryen Fanfictions today!

If you have found any that you think we will enjoy, let us know!

“Daenerys is the sister of Viserys Targaryen!”

“Daenerys is the daughter of Aerys Targaryen and Rhaella Targaryen!”

“In her youth, she was betrothed to Khal Drogo, the leader of the Dothraki!”

“Daenerys’ Mother died whilst giving birth which was nine months after her father’s death!”

How old was Daenerys when the Mad King died?

Daenerys’ father The Mad King Aerys died before Daenerys was born when Rhaella had fled to Dragonstone for safety.

Did Daenerys sleep with her brother?

No, Daenerys does not sleep with her brother. If you are referring to Jon Snow – Jon is actually her nephew.

Which dragon did Daenerys love most?

In the show and the books, it is not told whether Daenerys favors one Dragon over another although being the Mother of Dragons, it is very likely that she loved them all equally. 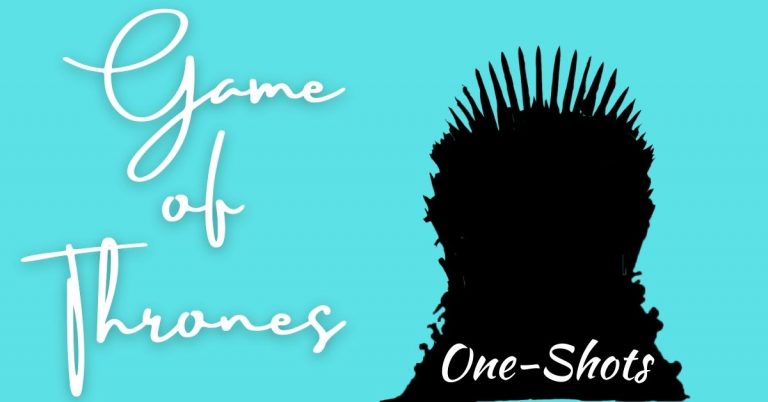